This is a short posting, as it is simply a question. One that does not wish to leave my head…

I was watching George Lazenby as James Bond, where he pretends to be a professor of heraldry, and they show a coat of arms with the Latin for “The world is not enough” Orbis non Sufficit … and I notice that the “world” is “ORBIS”…

But “orbis” means round. As in orb. Spherical.

Yet more digging finds “orbis terrarum” as “The Earth” or “the world”. “round dirt”. Hmm….

I’ve not found much beyond that, and my Latin / English dictionary is back in California (as is my Cattus Petasatus http://www.amazon.com/Cattus-Petasatus-Cat-Hat-Latin/dp/086516472X ) so I’m kind of limited on where I can go look. Recent changes to search engines have caused them to not work as well for “odd stuff” (directing you more to the “consensus” desired results) so I’m not making a lot of progress finding out if the word for The Earth has changed much since ancient Latin… 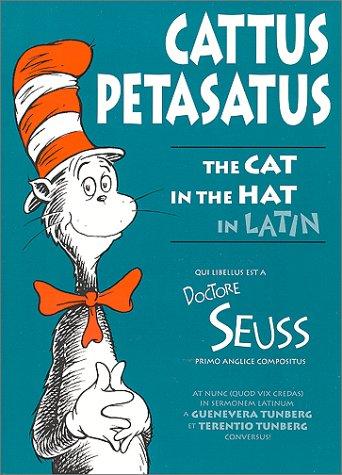 Because the use of Orbis to describe the earth strongly implies an understanding that we live on a round ball of dirt.

The very language brings with it the implication that if this usage were common in 100 BC, then they had clue about a round earth then.

So, somehow, I need to find out:

1) Was there a different term in common use in the BC years?

2) Is there a non-spherical interpretation that was common for “Orbis Terrarum”? One that escapes me? (Perhaps ‘perimeter of influence’ or some such?)

3) Just how far back were they saying “dirt ball” to describe the earth, anyway? How about the Greeks? The Egyptians?

So I’m going to dig at this a while more…

But on the off chance someone else out there already “has clue” on this, I’d love to hear about it (and / or have a pointer to a reference).

Columbus, eat your heart out…

I do know about the ancient Greeks and such talking about a round earth (even calculating the size). I’d always figured that was a few Brainacs thinking about it. The use of Orbis in common speech implies it was common knowledge.

Oh, and remember the curious relationship of the foot to the circumference of the globe…

Since ‘Uninteresting Connections’ seems to want a Lazenby poster, rather than a “World is Not Enough” poster, here is the one from Wiki. I didn’t find it very interesting, graphically, and you can’t really see Lazenby in it all that well, but here it is:

On Her Magesty's Secret Service

Just to make it clear: In THIS film, Lazenby is pretending to be a Heraldry expert and they show him the proposed Bond coat of arms with the motto “Orbis non Sufficit”. However, as Lazenby only made one Bond film, he did not get to play the roll in “The World Is Not Enough”. That went to Pierce Brosnan. So I linked to Lazenby and a write up about the film with the Latin in it, but used a poster from the English version, to capture some of BOTH places where the phrase happens (in the two languages).

Not that any of that is particularly important to the point central to the posting: It looks likes Latin clearly shows it was common knowledge that the world was a ball back in the Ancient times of about the AD / BC 0 period.

A technical managerial sort interested in things from Stonehenge to computer science. My present "hot buttons' are the mythology of Climate Change and ancient metrology; but things change...
View all posts by E.M.Smith →
This entry was posted in Earth Sciences, Science Bits and tagged Earth, globe, Orbis, science. Bookmark the permalink.