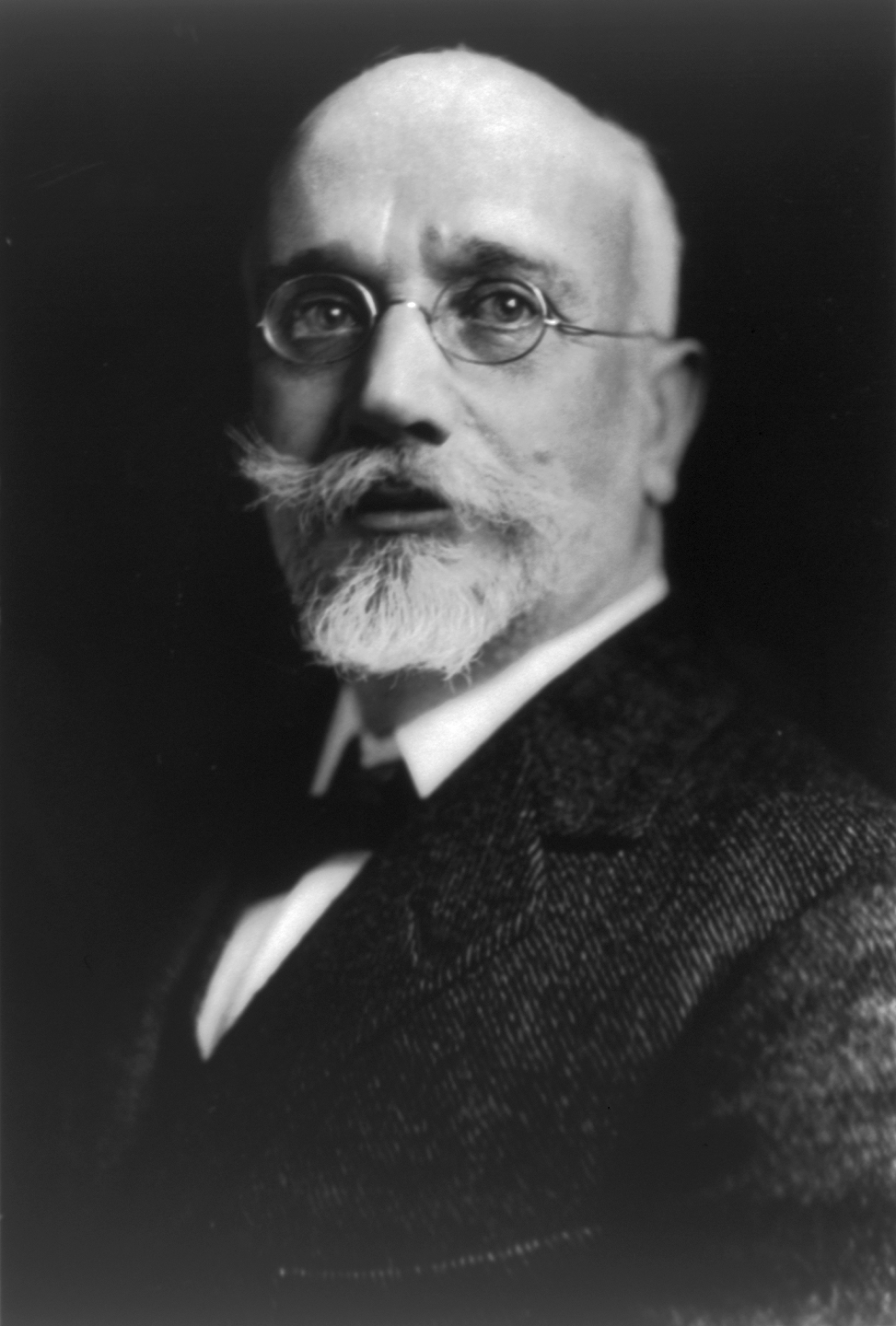 I ran into an interesting article at Bloomberg:

It is written from an historical perspective, so lacks a small amount in the Economics department (but not much, really). The basic story is about the last time Greece had the present problem. It’s fascinating to read (as I was only dimly aware of Greece in that era, and the history of it). It also adds some perspectives on the issues that lead to the problems of W.W.II.

The basic points the writer makes are that the Gold Standard, in the 1920s and 1930s, had much the same function as the Euro Zone does today in that it tied regions into a common money bases despite very different economies. I’d not considered that before. The USA is so large that the Gold Standard here doesn’t cause much regional friction. Only on the international stage do those things impact, and in the years prior to 1960 we didn’t have that much external trade, it external to internal ration was small enough to make it a very manageable issue. Not so for small countries in Europe.

The rest of the story is that the economic strains then, much like now, pushed Greece into abandoning the Gold Standard (as the Euro abandonment is likely now) and that, then, had consequences. There is a semi-oblique reference to the Fascist government that replaced a Classical Liberal one; with the predictable insinuation that Fascists are right wing conservatives (missing that they are in fact Authoritarian Socialists – just not International Socialists AKA Communists). But such is the standard metaphor of the press.

At any rate, other than that flaw, the article is pretty good and worth a visit / read. A couple of excerpts:

History Offers an Ugly Precedent for a Greek Euro Exit

(Sean Vanatta is a graduate student in history at Princeton University. The opinions expressed are his own.)
To contact the writer of this post: Sean Vanatta at svanatta@princeton.edu.

Looking over the precipice of national default and an untimely exit from the international monetary system, the Greek leader issued a somber warning to Europe’s economic leaders: “Bear in mind that if you leave the small states without assistance, a black future awaits Europe.”

Delivered by Prime Minister Eleftherios Venizelos on April 15, 1932, less than two weeks before his nation would suspend loan repayments and exit the gold standard, the prescient remark and the trials that followed offer urgent lessons for the current Greek crisis.

Before the euro bound the continent’s disparate economies into one monetary system, European governments relied on the gold standard to direct international monetary flows. This promised stability, but also required the vigorous coordination of each country’s central-bank policy. The turmoil of World War I disrupted the international order, pushing Greece and the rest of Europe off the standard, a blow from which the monetary system would never fully recover.

The Wiki on Ελευθέριος Βενιζέλος has some interesting bits too.

Eleftherios Venizelos (full name Elefthérios Kyriákou Venizélos, Greek: Ἐλευθέριος Κυριάκου Βενιζέλος; pronounced [elefˈθerios ciriˈaku veniˈzelos]; 23 August 1864 – 18 March 1936) was an eminent Greek revolutionary, a prominent and illustrious statesman as well as a charismatic leader in the early 20th century. Elected several times as Prime Minister of Greece and served from 1910 to 1920 and from 1928 to 1932. Venizelos had such profound influence on the internal and external affairs of Greece that he is credited with being “the maker of modern Greece”, and he is still widely known as the “Ethnarch”.

His first entry into the international scene was with his significant role in the autonomy of the Cretan State and later in the union of Crete with Greece. Soon, he was invited to Greece to resolve the political deadlock and became the country’s Prime Minister. Not only did he initiate constitutional and economic reforms that set the basis for the modernization of Greek society, but also reorganized both army and navy in preparation of future conflicts. Before the Balkan Wars of 1912–1913, Venizelos’ catalytic role helped gain Greece entrance to the Balkan League, an alliance of the Balkan states against Ottoman Turkey. Through his diplomatic acumen, Greece doubled her area and population with the liberation of Macedonia, Epirus, and the rest of the Aegean islands.

In World War I (1914–1918), he brought Greece on the side of the Allies, further expanding the Greek borders. However, his pro-Allied foreign policy brought him in direct conflict with the monarchy, causing the National Schism. The Schism polarized the population between the royalists and Venizelists and the struggle for power between the two groups afflicted the political and social life of Greece for decades. Following the Allied victory, Venizelos secured new territorial gains, especially in Anatolia, coming close to realize the Megali Idea. Despite his achievements, Venizelos was defeated in the 1920 General Election, which contributed to the eventual Greek defeat in the Greco-Turkish War (1919-1922). Venizelos, in self-imposed exile, represented Greece in the negotiations that led to the signing of the Treaty of Lausanne, and the agreement of a mutual exchange of populations between Greece and Turkey.

In his subsequent periods in office Venizelos succeeded in restoring normal relations with Greece’s neighbors and expanded his constitutional and economical reforms. In 1935 Venizelos resurfaced out of retirement to support a military coup and its failure severely weakened the Second Hellenic Republic, the republic he had created.

Interesting fellow. This gives a bit more context to the story from Bloomberg. There’s still a missing bit between him running things, and a return from ‘retirement’ to help a ‘military coup’. But some mystery is always a good thing in a story, so back to the Bloomberg article:

The Great Depression, though, came at an inopportune time for the fledgling Greek financial system. When the world economy began to decline in 1929, Greek exports dwindled, creating an acute imbalance — more foreign currency left Greece through the purchase of imports than came in through the sale of exports, draining the currency reserves of the Bank of Greece. This situation was exacerbated by the country’s foreign debts, which also had to be repaid in foreign currencies, such as the U.K. pound and the French franc. As effectively gold equivalents, these monies undergirded the drachma; as they left Greece, each successive loan payment made defending the currency more difficult.
[…]
By April 1932, Greece was out of options. Without substantive foreign intervention, the combined pressures of foreign debt service and hemorrhaging currency reserves finally forced Greece off the gold standard and into default.
[…]
Coup, Fascism

After default the Greek economy actually began a steady recovery as the nation turned its efforts toward self- sufficiency outside the global market. But in this case, the inward-looking recovery was a false friend, and the political instability that followed the drachma’s devaluation paved the way for a successful coup by General Ioannis Metaxas. Whether his regime was a fascist one or merely conservative- authoritarian is an academic debate that accepts a simple fact: It wasn’t democratic.

I’ve deliberately left out some good chunks, so go read the original, OK?

Greece is nailed to The Wheel and will continue making it’s rounds. I see nothing that has changed in the Greek character nor in the economic context around it that will change the path. The EU is different in some forms from an Austo-Hungarian Empire or a Holy Roman Empire or even a Third Reich; but not in function. A large central controlling body with a coordinated financial system trying to issue orders to a far flung set of disparate economies. Little devolution of power to the local decision makers. Little freedom and autonomy to the subjugated states. Each flourished for a while. Each failed. The more authoritarian and those with the most drive for Central Authority failed the fastest (and in the most spectacular fashion) while those with more liberty and more local control took much longer.

Greece is not Germany. It can not be.

Greece must make it’s own decisions, not be bullied by those in Brussels (as it was bullied in the 1930’s) for ever more “Austerity”. While I might think such financial discipline a good thing; it will not work with the people of Greece today. Nor the folks of 1932.

The only real questions are: “How much more ‘good money after bad’ before the Greeks default or the Germans give up?” and then “What government follows?” Either they can have democracy, and a drachma that evaporates with great speed shortly after printing (as that is what democracies do “Vote for themselves the largess of the public purse.” or they can have an authoritarian regime. One that enforces the fundamental reality of small incomes in the face of large promised expenditures.

It doesn’t matter much if the Authoritarian comes with the face of a Peoples Party communist, a National Party fascist, or a General In Charge (or even a King or Emperor). The incomes and outgoes will need to balance and that can be done by deception (via inflation) or by force (via Authoritarians – be they Dear Leader, President For Life, or Herr EU Commissar).

In the first case, Greece leaves the Euro. In the second case, it might stay in under Herr Commissar, but otherwise it exits as well, IMHO.

My fear would be a return to the kind of Greece we saw in the movie Z.

What surprises me is that for all the times this movie (not Z, the real life Greek Tragedy) has been re-run, folks don’t remember the plot or how it ends…

I’m betting it’s about 1931 now in our Greek Redux. Perhaps a load of pretty pieces of paper from other bankrupt governments, like the USA or the EU Central Bank, can give them until 1933 this time…

A technical managerial sort interested in things from Stonehenge to computer science. My present "hot buttons' are the mythology of Climate Change and ancient metrology; but things change...
View all posts by E.M.Smith →
This entry was posted in History, Political Current Events and tagged Gold Standard, Greece, history, inflation. Bookmark the permalink.