Praise For Another Michael Smith – Did We Whack N. Korea?

So over on WUWT, there’s an article about the collapse of the tunnels in N. Korea’s Nuke Test Area.

Then this comment suggests maybe we had a sub do something interesting:

Could be…or just a strike from USS Jimmy Carter. Lots of stuff goes on we’ll never hear about. To get Kim to negotiate, it would be important that the army leaders were also killed. Kim has been given opportunities to appear more humane, such as the Olympics, photo-ops, release of hostages, etc. Grain of salt, of course.

Why did one of the U.S. Navy’s most advanced subs return to port with a pirate flag?

An image posted to a Pentagon media site and tweeted by Scottish journalist Ian Keddie shows the USS Jimmy Carter, a Seawolf-class nuclear-powered submarine, returning to her home port in Washington Tuesday flying the American flag alongside the unmistakable pirate skull and crossed bones, known as the Jolly Roger. 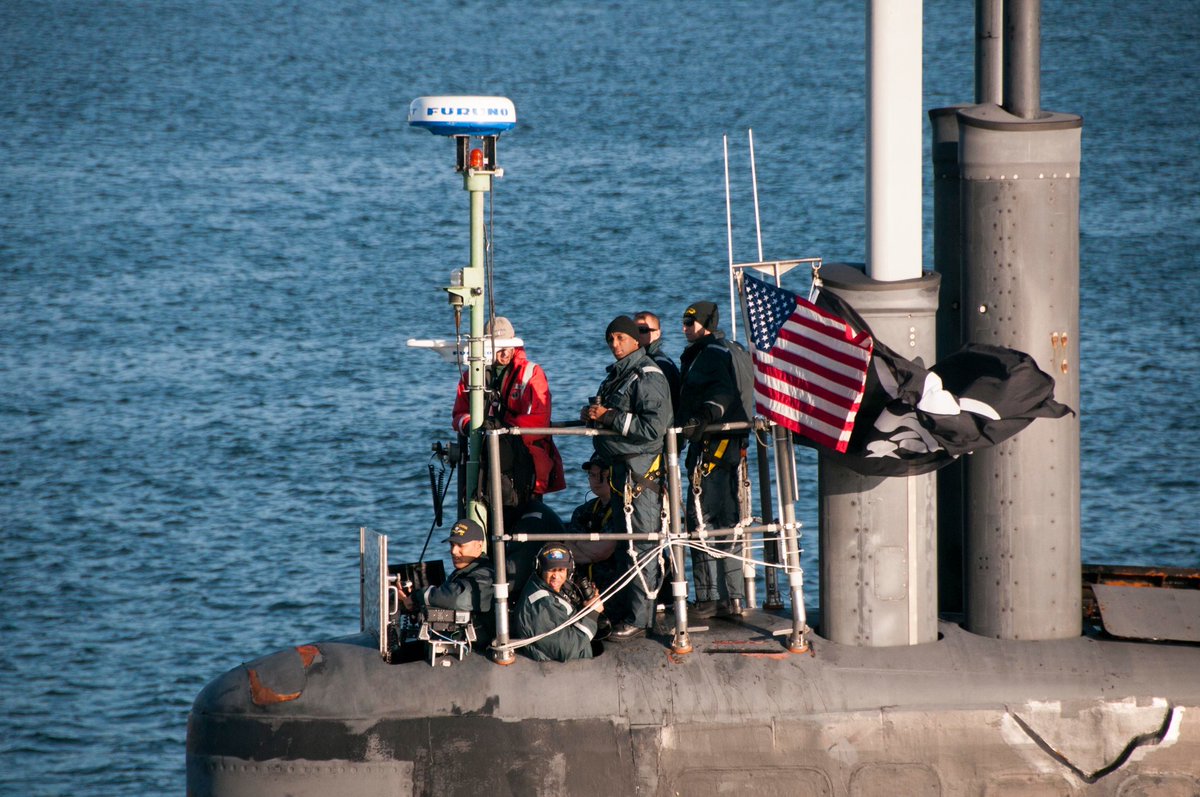 A Boat, A Smith, A Very Jolly Roger

Seems like a similar idea to one I’d suggested a while ago. Though my suggestion was to hit the whole thing, even top side, and take out the staff / capability and hopefully Dear Leader in the bleachers. Looks like maybe someone decided to be more “surgical” about it and just take out the facility. IF you know when they have scheduled a test, and drop a ground penetrator on it as it approaches zero… What are they going to do? Claim you were a meany?

It looks a little like a broken bit on the conning tower top, just aft of the flags in line with the last towers. Wonder what that is, or if it’s just a marking artifact… or something more interesting involved?

The 450-foot-long vessel is one of three in its class and is specially modified to conduct some of America’s most covert underwater operations. That fact alone — as Keddie points out — makes the appearance of the black and white flag significant. The Carter, according to photos posted in April, also flew the Jolly Roger returning from its last patrol.

The Jolly Roger’s presence on the conning tower of submarines goes back to 1914, at the beginning of World War I, when a British submarine, HMS E-9, commanded by Lt. Cmdr. Max Horton, sank the German battle cruiser Hela, according to Richard Compton-Hall in his book “Submarines at War 1939-45.” Upon his return to port, Horton raised the iconic pirate flag, signaling he had sunk an enemy warship. As Horton’s kills accumulated, he began denoting them by affixing bars to the flag.

One really must wonder… and hope…

I’d love to buy that Michael Smith a beer some day.

FWIW, their caption includes another Smith:

Melvin Smith, Cmdr. Wonder if any of them Smiths are relatives?

The article has a great history of the Jolly Roger and subs, well worth the read.

One comment says US ships fly the Jolly Roger when the have crossed the equator. One wonders which tradition our secret Subs follow?

Well, speculative, and good fun in any case. The stuff dreams are made of 8-)

A technical managerial sort interested in things from Stonehenge to computer science. My present "hot buttons' are the mythology of Climate Change and ancient metrology; but things change...
View all posts by E.M.Smith →
This entry was posted in Nukes, Political Current Events and tagged North Korea, Nuke, Speculative, Sub. Bookmark the permalink.

22 Responses to Praise For Another Michael Smith – Did We Whack N. Korea?