Carr Fire – And All Fires

In news, world wide given it has shown up on Sky and other global news shows, is the Carr fire and just how horrific it is that California, and even beyond that, the west in general, is burning to a crisp due to Global Warming.

This IS a truly horrible fire. It IS a “big one” compared to prior fires. It has killed people and destroyed homes and buildings. It is NOT the end of California as we know it. It is NOT a disaster of Biblical Proportions caused by Global Warming.

My background includes one summer just after High School graduation. That summer, too, was a record breaking fire season. I think it was about August of 1971. THE big fire that year was the Clear Lake Fire. Things were so bad they were recruiting just about anybody who could walk and carry a shovel to be fire fighters. Well, three of us decided to sign up. I ended up working around the clock for about 4 days on the fire line at Clear Lake. Being basically untrained, I mostly carried around a Pulaski and chopping down brush or digging out a dirt break as directed by the line boss.

I also got to sleep on the ground in a paper sleeping bag and spend all day on the side of a mountain after a nice “few mile” hike from camp, sporadically under thin smoke.

So I’ve got some, even if limited in total time, experience on the fire line fighting a big fire.

But what is a big fire?

But in reality, that’s not a very good way to get a handle on size. Humans just don’t handle numbers more than about 2 digits with any kind of intuitive grasp (unless they have trained at it a lot).

It is much better to look at it in terms of a familiar linear distance or area. First I’m going to turn that into square miles, then square kilometers.

Now that’s still pretty big, but we can get a grip on it. I can walk 10 miles in a few hours. It’s a size I can understand. There is roughly 0.62 miles in a km. In km it would be roughly 16 x 26 km. Now that doesn’t speak to me as well as the miles do, but for some folks it will.

It is still big, but now it is pretty clear it isn’t like the whole top of the State is on fire. From Silicon Valley to the San Francisco airport is a 52 mile drive. 5 times longer than one side, and 3 times longer than the other. Lake Tahoe shows up on maps and many folks are familiar with that small blue area between California and Reno Nevada being Lake Tahoe. Per the wiki, it is 191 square miles. That’s bigger than the Carr fire. It is the little blue blob just in the ‘corner’ where California bends on the inside of the bend. 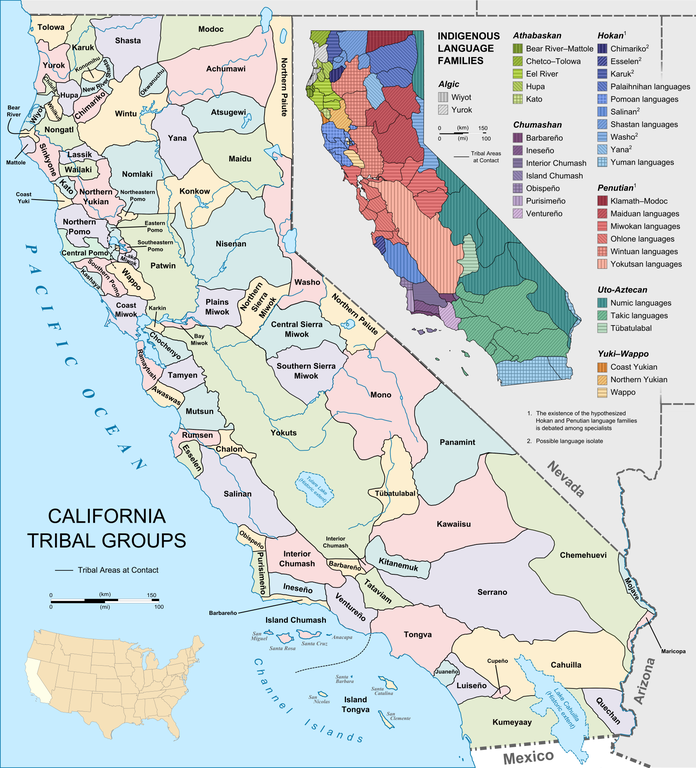 Now that IS still a pretty big area. Which leads me to the next point. Something I learned on that fire fighting job.

Fire Fighters spend a large part of their time waiting around for the fire to burn out. They allow large areas of “unimportant” land to burn and mostly act to protect structures and prevent spread out of easily worked bounds.

One day I spent several hours cutting brush and helping to make a fire break ahead of some small grass and brush burning areas. The next day I was sent to the far side of a dirt road and spent the entire 16 hour day sitting on my butt (and occasionally under a bit of brush to get out of the sun) waiting for something to happen. About 2 PM the firelighters came along and dribbled burning oil on the grass on the other side of the road. Winds were calm enough to start a ‘back fire’ that would remove the fuel in a wide enough path that the real fire, a guess of 3 or 4 miles away down slope, could not cross it. My job, that whole time, was to wait for some sparks to fly across the road and then go shovel, stomp, or piss them out. None never did for me. The guy a dozen yards away from me got one.

Now this fire line was maybe 3 miles long, and the fire was about 4 miles away. That’s maybe 12 square miles, or 7,680 acres of grass and some scrub that it was decided to just burn. Why? Well, there was nothing in it but dry grass and manzaneta brush, so who cares? It was mostly some kind of government land. Feds or State I think. In a couple of years it would even be improved after the burn. Certainly not something to spend a lot of effort or risk to keep from burning.

We made the fire line there as that was were the dirt road was at. No need to cut a new fire break. It was down slope to the fire, so setting a backfire there would not risk a runaway uphill burn. It was a good place to set the backfire as soon as the wind died down. Area doesn’t matter, places where the backfire will work and risk is low do matter. Existing fire breaks that don’t need scarce bulldozer time matter. Terrain matters. Scrub brush burned does not matter.

In the very far distance, I’d guess about 5 miles, maybe more, I got to watch a wonderful show of air tankers dropping borate. That was in the trees where I’d cut some brush on that fire line the day before. There were some structures, mostly unimportant outbuildings, out that way, a some nice timber that they wanted to save. That was where most of the effort and equipment went.

Overall, I came to understand that most of wild fire fighting was fairly boring, sedate even, and slow paced; interspersed with some very hard work and sporadic moments of lots of adrenaline. Chopping brush and stomping embers while cutting a few hundred yards of firebreak by hand with the smoke and smolder maybe 30 yards away can be a bit intense. Our team got enough break cut to defend, and then the Cat Tractor arrived and we were sent to dinner. Some parts we heard the crack of det-cord or similar linear explosive cutting a fire break on the quick, in the distance. At that time, only done as a last resort when nothing else could finish in time. Most of the time after that first day was “sit, stand, squat, and spit” and wait for embers. Defending the fire break. Waiting for the fire to just burn itself out.

Essentially, you wait for low wind conditions, then deprive it of fuel in a wide enough swath, and let the rest burn.

So what make the Carr fire an issue? Well, it was mostly out in the same kind of scrub oak, brush and grass area (the land is very much the same over a large part of the Central Valley area) and historically not many folks are out in that area. But the wind decided to send the fire toward the town of Redding. At some point, it jumped the Sacramento River (that runs basically from Lake Shasta through Redding) and got into the more populated areas. Essentially, IMHO, folks thought the Sacramento as a fire break would hold it, and the wind decided otherwise:

French Gulch had a population of 346, just to give an idea of the population density out there. Whiskeytown is nearly abandoned and is largely part of French Gulch for things like mail and census. The town of Shasta is fairly large, at about 1700, but the wiki notes:

Situated about six miles (10 km) west of Redding, California along Highway 299, Shasta was once home to some 3,500 residents and a thriving commercial district. However, in the mid-1880s, the newly constructed Central Pacific Railroad bypassed Shasta, in favor of Redding and the town declined into “ghost town” status.

My point? Most of what the Carr fire is burning is what is rightly called “worthless”. The cities inside the area are of some historical interest, but not much really. Many of the folks living in places like Whiskeytown would rather have the money from FEMA than their “ghost town” house. In between these very small and isolated villages, it’s dead dry grass, manzaneta scrub brush, and some small valley oaks plus some digger pines. It’s a fun place to camp and fish, at Whiskeytown lake. Nice place to go shooting in the nowhere. Interesting historically from the ’49ers stories. Not something really anyone would miss if it burns and regrows outside of the small residential areas.

Where’s it’s a big issue is Shasta, with enough population to be a problem, and Redding which is now a significant urban area. We’d not want to lose a significant city, but that is all up to the wind.

I really hope that little places like Keswick (pop 451 ) have been saved from the fire. That fire lines were established and the land around them burned prior to the winds spreading the fire out of control on to Redding. I’ve driven over much of that area and more with my Dad when I was a kid. It’s special to me, and I dearly loved the old wood ’49ers mining towns, rundown as they often were. But realistically, despite all the hype, and despite the fire being big: Most of the area burned just doesn’t matter. If they can save some of the historical “ghost towns” and prevent the fire spreading into the rest of Redding, everything will recover in a few years.

Now realize all the other fires in California tend to be a similar story, but a much smaller scale. Mostly some scrub land with dry grass fires and some trees not useful for timber. Surrounded at a distance and backfires set while the crew mostly waits for it burn itself out and stomps on embers that blow over the line. A very few of them, or parts of them, places where really intense effort goes into saving lives, structures, or valuable lands & trees. And all of them too small to spot on a map of California without a pointer to them. So when the nightly “news” shows California almost covered in little bonfire symbols, remember that the symbol is larger than even the largest fire in the State, and that mostly the place is fine.

A technical managerial sort interested in things from Stonehenge to computer science. My present "hot buttons' are the mythology of Climate Change and ancient metrology; but things change...
View all posts by E.M.Smith →
This entry was posted in News Related and tagged California, Carr, Fire, Redding. Bookmark the permalink.

20 Responses to Carr Fire – And All Fires