I miss the on air version of Alex Jones sometimes. Yeah, I can get it at his web site, but on the TV it had more of a late night UHF Conspiracy Theory Channel flavor to it. That slightly “crazy talk but wouldn’t it be a thrill if real” feeling. Now I have to watch The History Channel or CNN to get that experience of the unbelievable. You know, “Ancient Aliens” created us to mine gold then just left, or Russia compromised Flynn by having him give a speech (silly on the face of it, when Hillary was already on the take with Uranium One). Or anything MSNBC / Maddow like Russiagate.

I’d use it and some other “right wing nutters” to set the right side range of the attitudinal limits, and the “left wing nutters” like MSNBC or the Washington Post et. al. to set the left side limit. Then you could find Truth somewhere in the middle. Now, with all the RW Nutters banned, it just looks like The Lunatic Left vs all the reasonable people. Just run away from the LW Nutters and all is Truth. So that’s what folks are doing. Blexit, Walk Away, and all. But it is less satisfying, not knowing where the Right Wing edge of reason begins to fray.

I still visit the web site, but mostly just to skim the story headlines. Oh, and for the political cartoon corner. Love the cartoons. Here’s a sample of them: 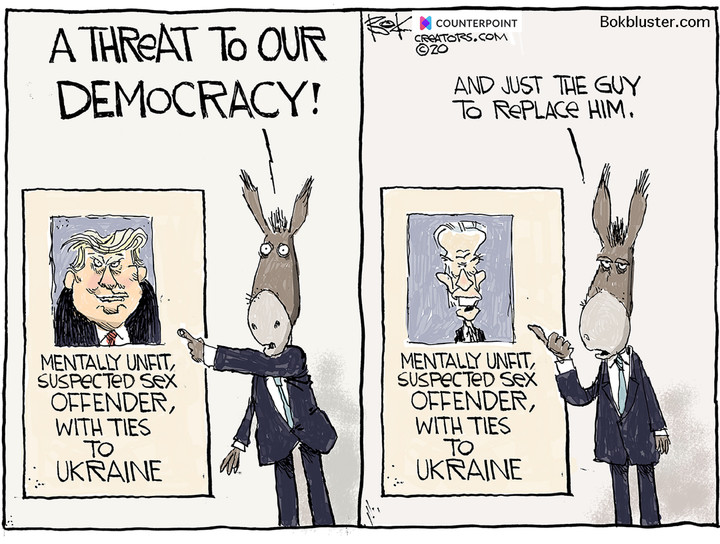 Not that I think of Trump & Biden as political cartoons. Well, maybe sniffing Joe… 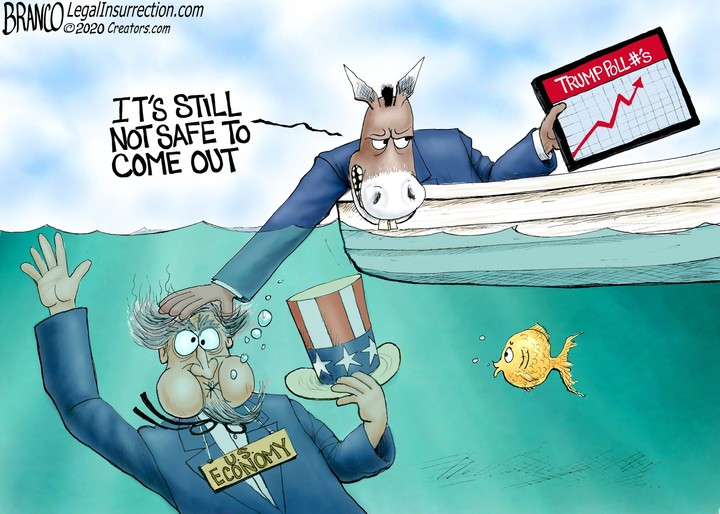 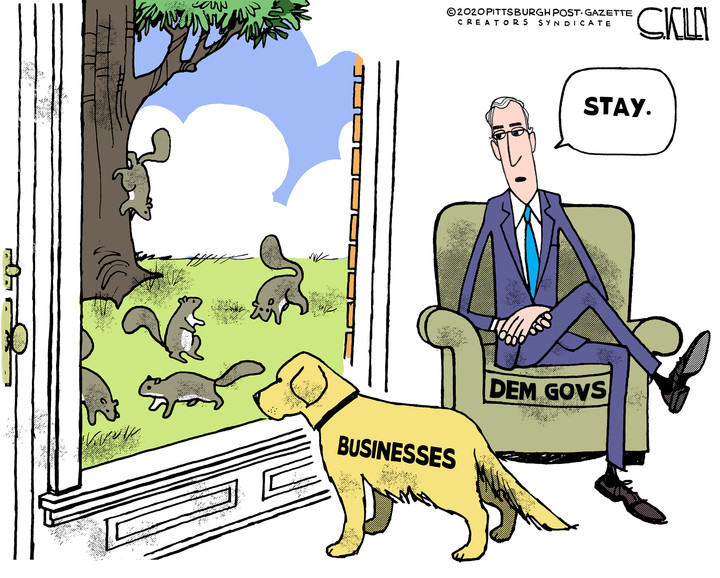 Not that I think of Democrat Governors as political cartoons. Well, not that often; only when I hear them speak or see their policies.

This posting brought to you by Sarc; breakfast of champions!

A technical managerial sort interested in things from Stonehenge to computer science. My present "hot buttons' are the mythology of Climate Change and ancient metrology; but things change...
View all posts by E.M.Smith →
This entry was posted in Humor, Political Current Events. Bookmark the permalink.