This posting will be a bit thin, as the lamb dish is a repeat. Lamb Cheeseburgers. Already described here:

Tater Tots and salad side.

The wine is a Mallee Point Merlot. About $13 for a 1.5 L bottle. 2018 vintage. IMHO a 2 year age is a bit light, even for a Merlot. The nose is light and fruity, the colour a deep inky red in the glass with hints of purple were the meniscus climbs the glass. Flavour is nice, typically Merlot, and with bits of fruit and spice vying for pole position. Tannin is not too high for drinking now but promises to become delightfully mellow with a couple of years on the shelf. (This bottle, and several more, alas, will not achieve that age ;-)

I have found that Lucky’s Supermarket is also carrying Australian Lamb. Very similar packaging as the Bargain Market brand, but a different name. “Spring Crossing”. Loin Chops (little T Bones) at $5.99 / lb while minced was $7, go figure… so I bought 2 packages of the loin chops and one of minced. Guess what we’re having the rest of the week ;-)

OK, as these postings are going to start being repetitive ( I’m running out of recipe variations and have gone through a good percentage of the local wine selection from Australia), I’ve got to ask if folks want more of them, or is it time to say “The Quad has formed, India is buying, America is on side, and both Australia and New Zealand have Friends In High Places” and just leave it at knowing I’m doing this every Australian Friday, posting or not?

So what say you?

It looks like the Clown Of Victoria is just doing back flips to please China and screw over the rest of Australia. How’s that look to the folks Down Under? No doing nothing. No life. China gets lots of money and privileges for “Belt And Roads” And Debt. While Victoria tells the Federal Government to screw off? Hows that work? (Rather like Seattle & Portland vs Trump, I imagine… which has me wondering if China owns most of the Dimocrats beyond just owning Biden… who we know is bought and paid for.)

IMHO China has really put their foot in it, pissing off India and Australia and the USA and Taiwan and the Philippines and several others all at the same time. Now massing troops on the border of India while encouraging Pakistan to do the same. It looks like a “2 player pincer” being set up on the “top knot of India”. I’m pretty sure they will try to launch that, then after a short pause for everyone to fixate that way, try to retake Taiwan. Probably just about end September. Typhoon season ending and USA fixated on an election campaign.

While I’m not looking forward to an Asian based W.W. III, it looks like China wants to move. And Xi needs to do something to avoid a soft coup internally as his screwups come home to roost. Wag the dog and all that.

I’m fairly certain India can handle a 2 front war, especially with Australian meals and US satellites & fighter jets. I’m also pretty sure Taiwan can hold off a sea invasion (also with US satellites & fighters) especially with a couple of US Aircraft Carrier groups in the area. It is also worth noting that the Marines have a bunch of things not called aircraft carriers, but that have loads of Osprey aircraft, jump jets, and helicopters on them and where each one can land about 2000 Marines if needed. Folks tend to ignore these, at their peril. 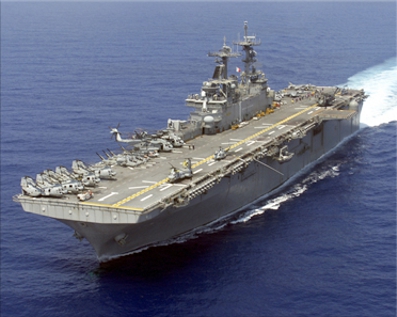 So, any bets on what might happen, and when? I’m quite certain that anyone gets into a “dust up” with China, Trump will be quite happy to help. He’s presently trying to arrange for several other nations to do “Freedom Of Navigation” tours through the South China sea. Including Australia… maybe.

So it’s interesting times in South and Southeast Asia.

But with their farm land increasingly flooded, will China realize logistics matter and an army travels on it’s stomach? Or will they covet the land and grains of other lands? Decisions decisions…

A technical managerial sort interested in things from Stonehenge to computer science. My present "hot buttons' are the mythology of Climate Change and ancient metrology; but things change...
View all posts by E.M.Smith →
This entry was posted in Food, News Related, Political Current Events and tagged Australia, FCFriday, friends, India, Lamburger, Merlot, The Quad, war. Bookmark the permalink.